We’ve had family visiting from Seattle for the past several days, and on the first day we put together a clambake – a huge pot (about 7 gallons) filled with potatoes, chorizo, sausage, corn on the cob, steamers, little necks, and lobster.

No one went hungry that night.

July is the month of Visiting Family Members From Outside New England, which means, in addition to Alex and Julia having to share a bed, lobster.

I belong to the latter group.

There are times when I curb my impulses and leave the body and little skinny claws alone, just so we have meat to do something with the next day.

Have you ever had nime chow?  Fresh Vietnamese spring rolls usually containing lettuce, thai basil, rice noodles, bean sprouts and shrimp – one of my family’s favorites when we eat out.

We’ve also made them at home, and they’re so easy, we should do it more often.

For this version, I was, frankly, inspired by the pea pods in our garden buckets.

Kind of in the spirit of spaghetti tacos, only deep fried in a wrapper.

But not alone.  I had help.

I thought of these the other day while I was at the grocery store.

We had leftovers to use up.  Leftover Sauerbraten from this year's Oktoberfest dinner...leftover butternut squash...well, okay, just those two.  And the butternut squash wasn't technically left over yet, as I'd only cooked it that day.  But I quibble and digress. 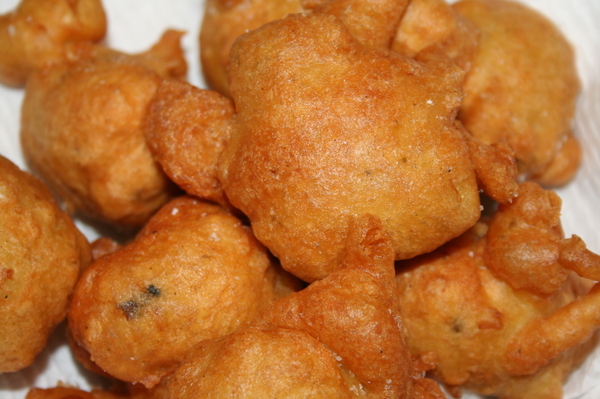 I've been trying to dig out forgotten food items from the depths of the freezer so we can utilize them before they get freezer burn and become inedible.

I found a large square plastic container with something brown in it, so I figured I should thaw that just to see what it was about.  Turned out to be leftover beef stew.

And Bill had mentioned that we had one remaining frozen bag of soft-shell clams in their broth, plus another bag of clam broth.

So I thawed the bag with the clams in it and decided to make clam cakes to accompany the beef stew.  Weird combination, I know, but, well, sometimes that happens.

The clamcake recipe was Bill's mom's - it's written on a little torn-out page from a notebook; the fringes along one edge where it ripped through the spiral binding are discolored and raggedy looking.  The first part of the word "Clamcakes" is torn off - it's more like "lamcakes."

Clamcakes or lamcakes - they were pretty good.  And pretty simple.

First, in one bowl, whisk together 2  1/4 cups of flour and 4 teaspoons of baking powder.

Chop up the clams.  (Ours were already cooked.  Normally you'd use quahogs anyway, but hey, any port in a storm.  Or something like that.  Steamers worked just fine.)

Fill a large pot about a third to half way with vegetable oil and heat to 360 degrees F - 375 degrees F.

As the oil is heating up, combine the clam broth and egg with the flour and baking powder.  Whisk together to get rid of any lumps.  Then stir in the chopped clams.  Set aside until the oil has reached temperature.

Also, have a couple of plates ready with several layers of paper towels on them and some salt, and a large slotted metal spoon.

Here's how the batter will look after it has been sitting a few minutes: 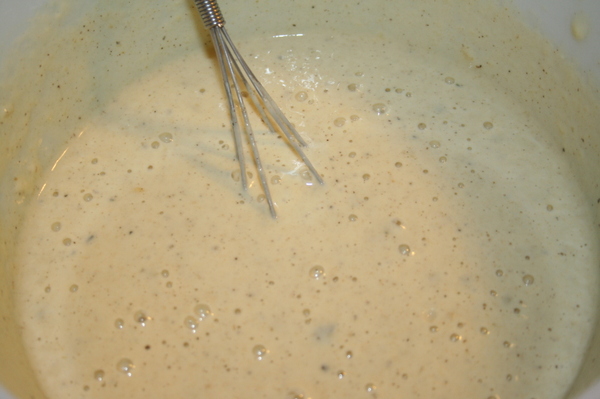 When the oil is at the right temperature, get a large spoon (tablespoon or bigger), or, if you have it, a 2 tablespoon size measuring spoon.  Scoop up some of the batter with your big spoon and lower it to just above the surface of the hot oil.  Scrape the batter into the oil with another spoon.  Scoop 4-6 clamcakes-to-be into the oil.  You want them to have room to move around a bit, and you'll need move to turn them over so they brown evenly.

Here are some partway through the frying... 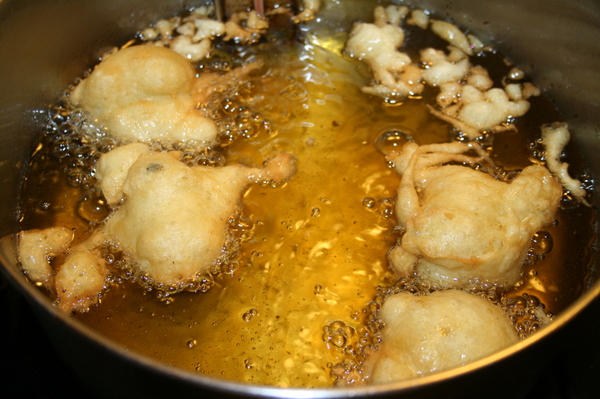 They're still too pale, but they're getting closer.  All those little straggly bits of batter can be scooped out and discarded.

As they reach a dark golden color, take one out and cut it in half to make sure the batter has cooked all the way through.  If it has, pull the other clamcakes out and set them on one of the plates with the paper towels to drain.  Sprinkle right away with a little salt - it will stick better while they are still hot and a bit oily.  You can keep them warm in a low oven or under a dish towel.  You don't want to wrap them in foil - that will steam them and they'll lose their crispness.

Here's a tantalizing close-up of some of the finished ones from last night: 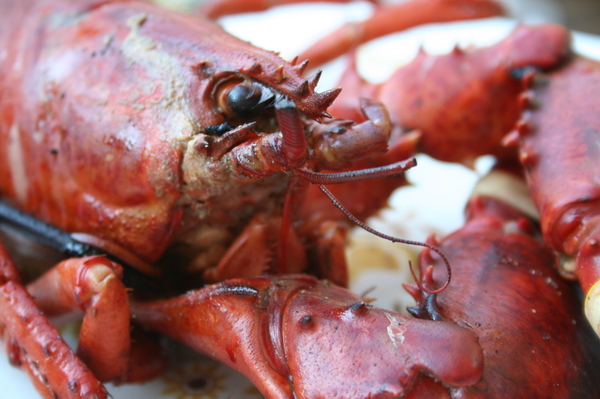 Continue reading "If you happen to have some lobster left over from your clambake..." »